Eleuthera "A bomb of beauty and soul."

Sunday Nov 24th 10:30am Unitarian Church of Montreal Eleuthera will be sharing her family’s stories of immigration and exile, coming here as political refugees in the 70’s and her experiences this summer protesting migrant detention centers in the U.S.

What do we carry with us when we go on such monumental journeys? How do our memories offer hope, consolation and courage in the face of great challenge?

The Phoenix Community Choir that she directs will be performing and she’ll be sharing protest songs for those of you called to protest the inhumane conditions at these detention centers.

Oct 12th: A Brief Canadian History performs pieces composed by G. Scott MacLeod to honour the lives of the soldiers who died fighting the First World War at the Brome Musem. Our focus is researching and sharing untold histories, especially those of women, indigenous people and people of colour. 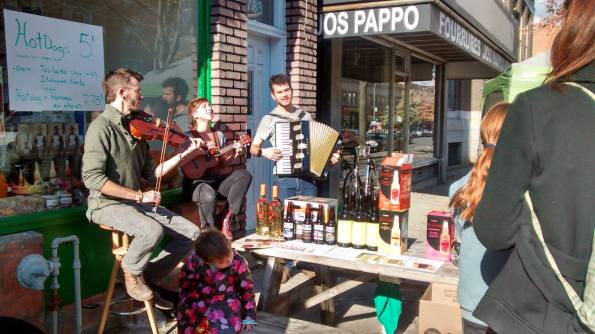 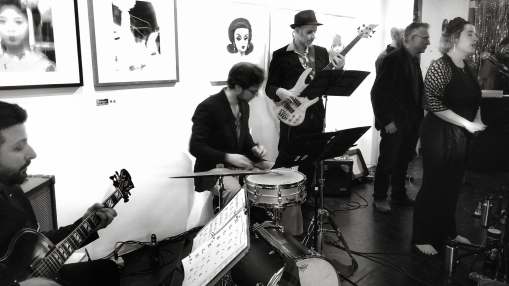 Thank you all so much for coming out!!  Both shows were packed and we had a wonderful time!! ❤

May 18th: Eleuthera and the Melrose Mob play Porchfest for the fourth year in a row.  Free outdoor festival on the porches of NDG residents!  2201 Melrose Ave near metro Vendome.  Facebook event HERE

So long Winter self.  Time to build anew.

Buy / stream on any platform

Friday Dec 21
10am-2:30pm Autographing CD’s at Coop la Maison verte. Come on down if you’d like to get one as a gift for yourself or your loved ones!

Saturday Dec 22
10am-2:30pm Autographing CD’s at Coop la Maison verte. Last chance to get yours signed before Christmas (but they’ll still be on sale there until quantities run out)

Sunday Dec 23
10:30am-noon Leading the congregation in song for a beautiful service including carols and a performance by Wavesong

November 14th: La Vitrola. 4602 St Laurent Blvd.  $5-10. Facebook event HERE.  Eleuthera does an all-new set of conscious hip hop in preparation for the release of her single “Rise Up” with Ritual Fire Records.

August 25th: Eleuthera and the Melrose Mob play Samedi in the Park, the culmination of NDG Arts Week.  Free, outdoors (at Girouard Park), family-friendly, and on Eleuthera’s birthday 😉  With Moe Clark and Kalmunity.

Eleuthera collaborates with sound artist, composer and revolutionary choir director Kathy Kennedy on The Secret Life of Songs, a project that explores the relationship between music and memory in the elderly. 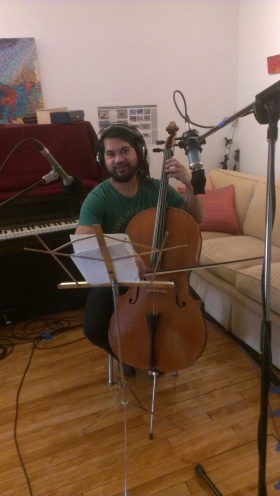 Eleuthera is taking time off from hosting events and playing shows to focus on finishing the recording and production of her album, to be launched October 2018.  In the meantime keep in touch on her FACEBOOK PAGE and check out her most recent spoken word piece written to bring some love and light to friends in need. ❤

Friday October 20th Eleuthera and the Melrose Mob play Theatre Ste Catherine as part of Sister Singer, an evening of bands fronted by powerful women and trans folk.  Door at 7:30pm.  $10 or 2 for 1 special with flyer.  Facebook event HERE

Sunday August 20th Eleuthera hosts the Community Sing at Co-op la maison verte.  All welcome!  No experience necessary, just the love of song. 7:30-9:30pm.  By donation.
Thursday August 24th Eleuthera hosts the Green Open Mic//Micro Vert at Co-op la maison verte .  Will be the last time in a long time as she’ll be focusing on her album, a Music Therapy Masters, and other upcoming projects.  Also, it’s the day before her birthday, so come on down and celebrate with her!!! ❤  7:30-10pm.  By donation.
Sunday August 27th Eleuthera and the Melrose Mob play Sunset on Somerled, the closing show for NDG Arts Week. Street party on Prince of Wales corner Somerled. Eleuthera 4pm, Strange Froots 5pm, Bayou St Laurent 6pm and Voodoo Jazz 7pm.   Free. 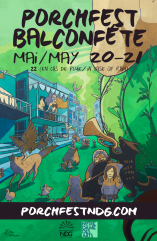 MAY
Saturday May 20th Eleuthera and the Melrose Mob play Porchfest, NDG’s yearly music festival that takes place on people’s porches! 2201 Melrose Ave, 1-2pm.  Free.
Wednesday May 24th Eleuthera competes in the Wiggle Room‘s Voix de Ville Variety Show for the first time!  Winner gets $100 and is chosen by the audience, so come on out and vote! 3874 Blvd. St Laurent (below Duluth). Doors 7:30pm, Show 8:30pm sharp. $10 for most folks, $8 for students with a valid ID.
Thursday May 25th Eleuthera hosts the Green Open Mic // Micro Vert at Co-op la maison verte.  7:30-9:30pm.  PWYC.
Sunday May 28th Eleuthera hosts a Community Sing at Co-op la maison verte.  All welcome!  No experience necessary, just the love of song. 7:30-9:30pm.  By donation.

We made it in to the first round of this years CBC Searchlight Competition!
The grand prize is a professional studio session (recording, mixing, mastering), production and distribution of our album; a residency at the Banff Center for the Arts and more.
You can watch the music video we submitted for my song “Love Ain’t” and vote for us every day until Feb 27th HERE.

Thank you so much for your support.  Fingers crossed!
❤ ❤ ❤
Eleuthera

Unless otherwise indicated, all  events are free or by donation, and all open mics will be held on Thursdays from 7:30-9:30pm.  To play at any of them sign up in person night of.  I’ll be alternating hosting with Nicole Almond for the Fall 2016 and Winter 2017 ones.  It’s marked next to them who will be hosting.

We’re in the studio!!

Finally, after two years of writing these songs, months of arranging them with my wonderful back-up band, and many more months of hard work fundraising enough money for the recording, we’re in the studio!!  Thank you all so much for your support!!  If everything goes according to plan we’ll be launching the album this Fall!! 🙂 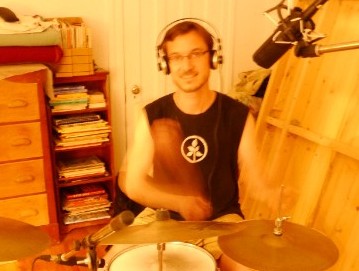 Eleuthera on vocals and the keys

I’m very happy to announce that after many months of work I officially launched my Indiegogo campaign!!

To support the recording of my first full length album of soul/blues originals and share the campaign with your loved ones, click here !!

The schedule will be updated regularly, so check it out day of before heading off to a show, just in case anything has changed. All shows are by donation unless otherwise indicated.

Eleuthera’s gearing up for her April indiegogo campaign to fund her full-length solo album of soul/blues originals.
In preparation she’s been shooting live, intimate music videos she can’t wait to share!!  Here’s a small taste. Photos by: Jamie Klinger 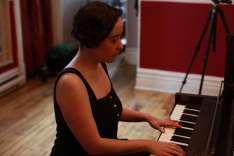 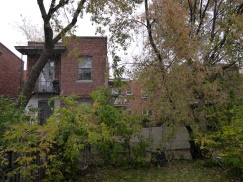 It was storming outside and in that powerful day not so long ago when Eleuthera hit the studio to record a few demo tracks to try and secure funding for her upcoming album.  She’ll be releasing one a month for the next three months.  Here’s the first one!!

From May to August 2015 Eleuthera traveled from Montreal, QC to BC, up to the Yukon,

then back across Canada to tour the East coast, solo and with Fruiting Bodies.

Here are some pics from her musical adventures.  More to come! 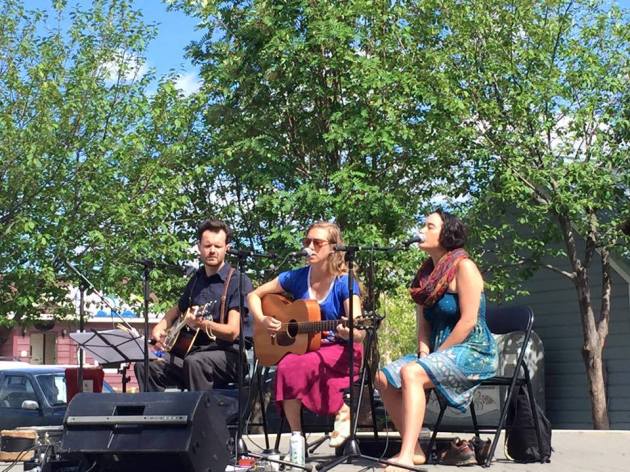